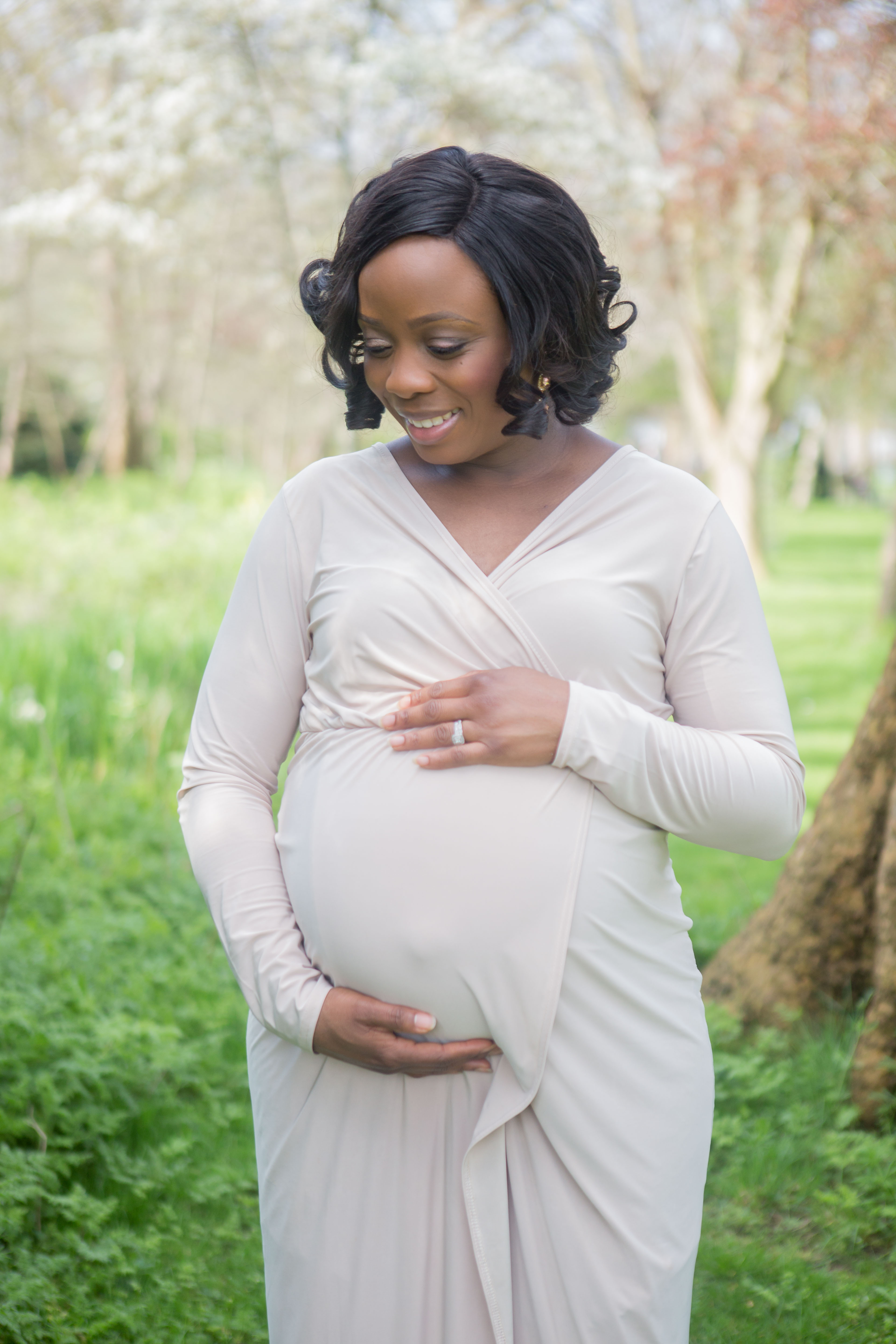 It was a normal day, I went to work but noticed this slight pain in my side. I thought it was some ovulation pain but at the same time, I did my maths and I really shouldn’t be ovulating. I went to bed that night thinking that sleep would make things better but that didn’t make a difference. The next morning, I was on the phone to my GP to book an appointment. I went to see the doctor and he referred me to Accident and Emergency because of the symptoms. It could either be appendicitis or an ovarian cyst but without an ultrasound, he couldn’t say for sure. He also ran a pregnancy test but that was negative.

In A&E, I waited and waited. Eventually, they took my blood, did an ultrasound and sent me back to see the doctor on duty. It wasn’t appendicitis and was more likely an ovarian cyst. But they couldn’t get an accurate scan but they could see some growth on my ovary. Oh, and by the way, did I know I had a fibroid? How was this even happening? After six hours of fun in A&E, I was sent back to my doctor to be referred to a gynaecologist for another ultrasound scan.

I called my Dadee and told him what had happened to me. He suggested I speak to Daddy Doc, one of our senior pastors who was a gynaecologist. At my Dadee’s birthday party, I cornered Daddy Doc and explained my situation. From my symptoms, he thought it was a cyst but only an ultrasound scan could confirm. With a better understanding now, Hubby and I knew what we were dealing with and what to pray about. My darling hubby’s prayer was simple. He wanted me healed and preferably without surgery.

January 2017, I went for my ultrasound scan and though my ovaries are still playing hide and seek with the ultrasound machine, it looks like there is a growth on my ovary. Another ultrasound scan was booked. The lady also booked my referral to see a consultant who was a specialist in ovaries. At least, that’s what I thought till I saw the letter and realised she worked in the oncology side of things.

Isn’t that cancer? Gosh! How could this be happening to me? Not pregnant. Instead a referral to a lady who specialised in ovarian cancer! That definitely rocked my world. If I said it didn’t, I would be lying. I remember just crying one day when the pressure of it all got too much. The two weeks between that letter and my appointment weren’t my best. Thank God for godly friends who can speak the word of God and pray with you.

The day I was to meet the gynaecologist arrived. She was really nice to me but she didn’t have a choice as I’d told God that everyone involved would be sent by Him. She asked me my symptoms and then did the ultrasound. From the ultrasound, I had a dermoid ovarian cyst on my right ovary and a fibroid. Since it was causing me pain, it was best to take it out. However, since I hadn’t had any children, it was best not to touch the fibroid as it could affect my chances of having children. She booked me in for an MRI scan to confirm her findings, but she was sure of what it was. She also booked me in for surgery to remove the cyst in the meantime whilst I waited for the MRI scan.

Valentine’s Day, I had my follow up appointment with her and to do the MRI scan. Not a fun way to spend Valentine’s Day but hey, it was my health we were talking about. Luckily, my friend Aisha came to keep my company whilst I waited for the MRI scan. Needles aren’t my thing but as with all things, I was getting used to being pricked. This day was no different, more needles. I guess I was in a good place because I actually fell asleep during the 20 minute scan.

The following Sunday in church, I told my Dadee I was definitely having surgery to take out the cyst. He prayed for me and said a simple phrase; “They will find nothing but go gently. God will be kind to you.” I loved his confidence in the outcome of the surgery but my faith wasn’t that strong if I am to be honest. He asked me to speak once again to Daddy Doc which I did.

Two weeks later, I got a call from the gynaecologist because my MRI results were back. She wanted to speak to me about the results as she was of the mindset that I may not need surgery. Apparently, the fibroid was the source of the pain I was feeling and not the cyst. I told her I would come in to see her with my husband. In the meantime, I went for my pre-operative assessment to check everything was fine for the surgery, in case I had it. The appointment went well with her and I now had all the facts.

Once again, I spoke with Daddy Doc explaining what the gynaecologist had told me and asking for his advice. He explained the type of cyst they had found. His suggestion was that I have the surgery to remove it as it was the type that needed surgery. He also suggested they do a lap dye test to check if my tubes were clear or blocked during the surgery.