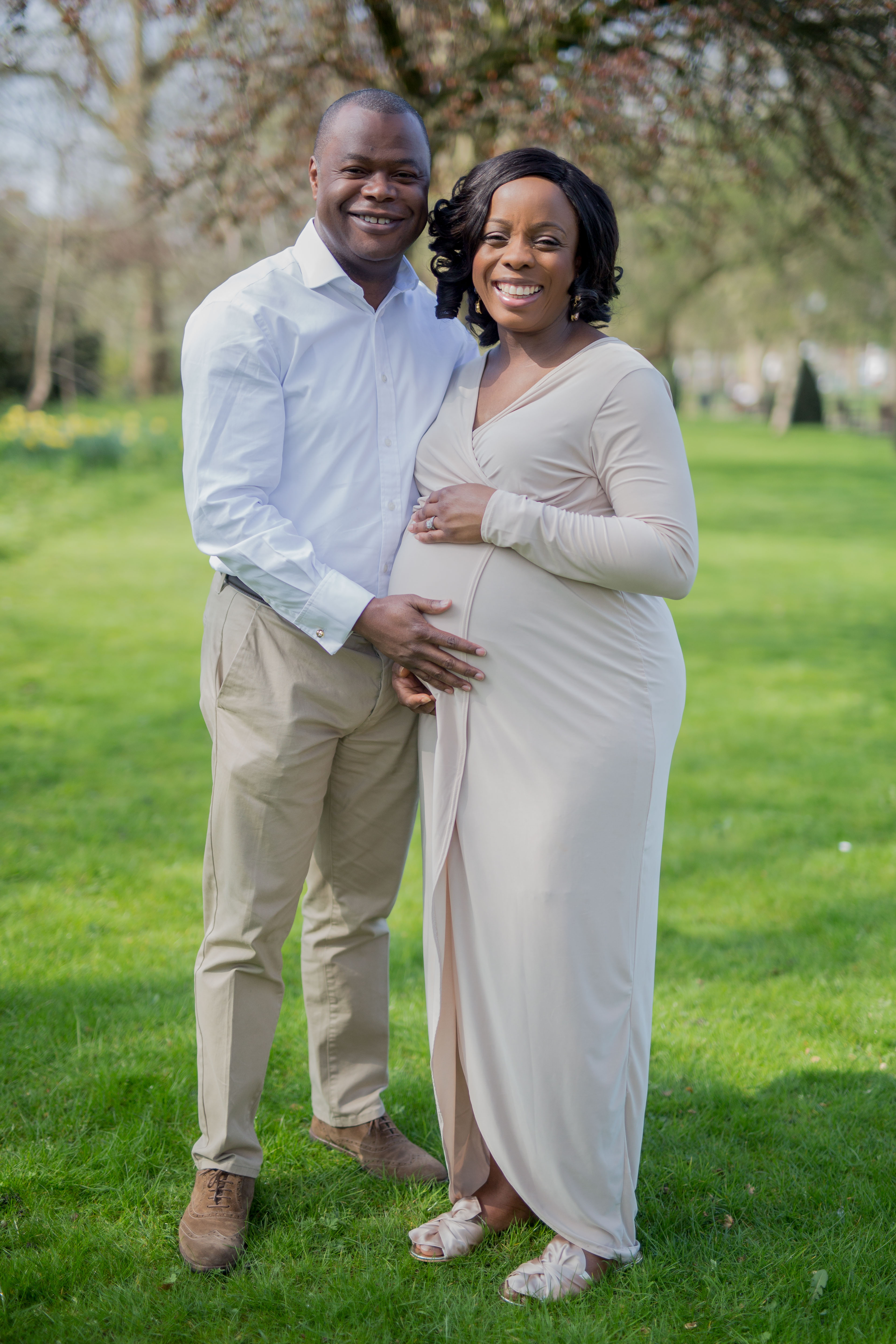 June came along, and Nathaniel Bassey initiated the hallelujah challenge that month. The instruction was to praise God at midnight for one hour based on Acts 16:25. It is when Paul and Silas prayed and praised God at midnight. I threw myself into it, not really because of my fertility struggles but just because I wanted and desired to praise God. Little did I know that God was waiting to meet me.

I was having a great time just praising God. It felt good not to not ask for anything but just praise Him. On the 11th day, Nathaniel said that some of us had received a negative doctors report and God said we should put the report on the floor and dance on it. As he said it, the Holy Spirit said to me “bring out the letter and dance on it” so I did. I danced and danced because I had nothing to lose. I wasn’t pregnant and certainly didn’t have the IVF money at that time.

After we finished that session, God asked me to write the bible verse I had learnt about my situation. I was to write it on the letter. I had learnt Exodus 23:26 by heart at this point and I believed it was my solution. For me, I truly believed that “No one shall suffer miscarriage or be barren in my land; He would fulfil the number of my days.” I wrote it on the top of the letter as well as the fact that I would have twins. I wrote it again in the body of the letter where the doctor mentioned my chances.

God then instructed me to put the letter up on the board in my kitchen. I have to admit that I struggled with that because my kitchen is such a public place. I didn’t want people to see what the doctor had said but God was insistent. He explained that it wasn’t about them but about me. It was about my faith growing each time I saw that letter with the scripture on it.

I put it up and went to bed. When I woke up in the morning, I told my husband what had happened. I also told Yemisi, Keji and Abe. Keji also encouraged me to play worship music in my house and especially when I went to bed at night. I needed all the ammunition I could get against the attack of the enemy on my mind. Worship music was one of the ways to protect my mind. I look back now and realise that I played a lot of worship music at that time. Also, my confession game was strong.

To be sure I was doing my part, I spoke with the head of the department at the hospital. She attended my church. I asked if there was any treatment I could do to improve my AMH levels. It was a natural indicator of one’s fertility levels but there was no treatment to improve it. She asked for my details so she could read my records. One day, she came to me in church. She had been praying and God said she should tell me it was done.

I had many encounters with God on this journey to meeting my little wonder. In hindsight, I realise I was meant to have those encounters for my faith to grow. I can’t forget when He pointed out that I was part of my problem.

Remember I mentioned earlier that I had wanted to wait to have children? Well, God reminded me. He pointed out that I kept on saying that I was going to wait for 2 years before having children. I was younger and single then so it seemed like a great idea. God said “you snared yourself with the words of your mouth. I am honouring what you said in My ears.” You can bet my repentance was quick.

I remember one day in church, we had gone for a memorial service for our pastor’s late wife. During the service, Chevelle Franklyn started singing a song called “I don’t mind waiting.” The song took me back to a time in my single season when I sang that song as I waited for God to perfect my marriage. As I sang the song, the Holy Spirit asked me if I meant what I was saying? Would I really not mind waiting to have children? I broke down crying because I really wanted to do right by God and I wanted His best for me. I was scared as I didn’t know when I would get pregnant. In the end, I said yes. I didn’t mind waiting for His best for us.

God really wanted to grow my faith because I couldn’t understand why He asked me to get a dress from a business called R1Sixteen. They make scripture clothing; clothes that have bible verses or Christian words on them. I had learnt to hear God’s voice so, I knew it was Him. He was specific about who to speak to about it. Getting in touch with Temi who runs the company, all I was hoping was that she did maternity outfits. She said she didn’t but she would help me create what God had asked me to do.

She asked what scripture I wanted on the dress. After talking to hubby, I sent her Psalm 113:9 “He grants the barren woman a home, Like a joyful mother of children. Praise the Lord!” She created it and sent it to my in-law’s place.