Learn how to enjoy the journey from single to married

Part memoir, part self-help, Bunmi gives you a relatable and practical guide on the steps you should take as a single woman who wants to get married.

Waiting Gracefully is a much-anticipated manual for women who are in the waiting season of their lives. I love how practical and relatable the entire book is. 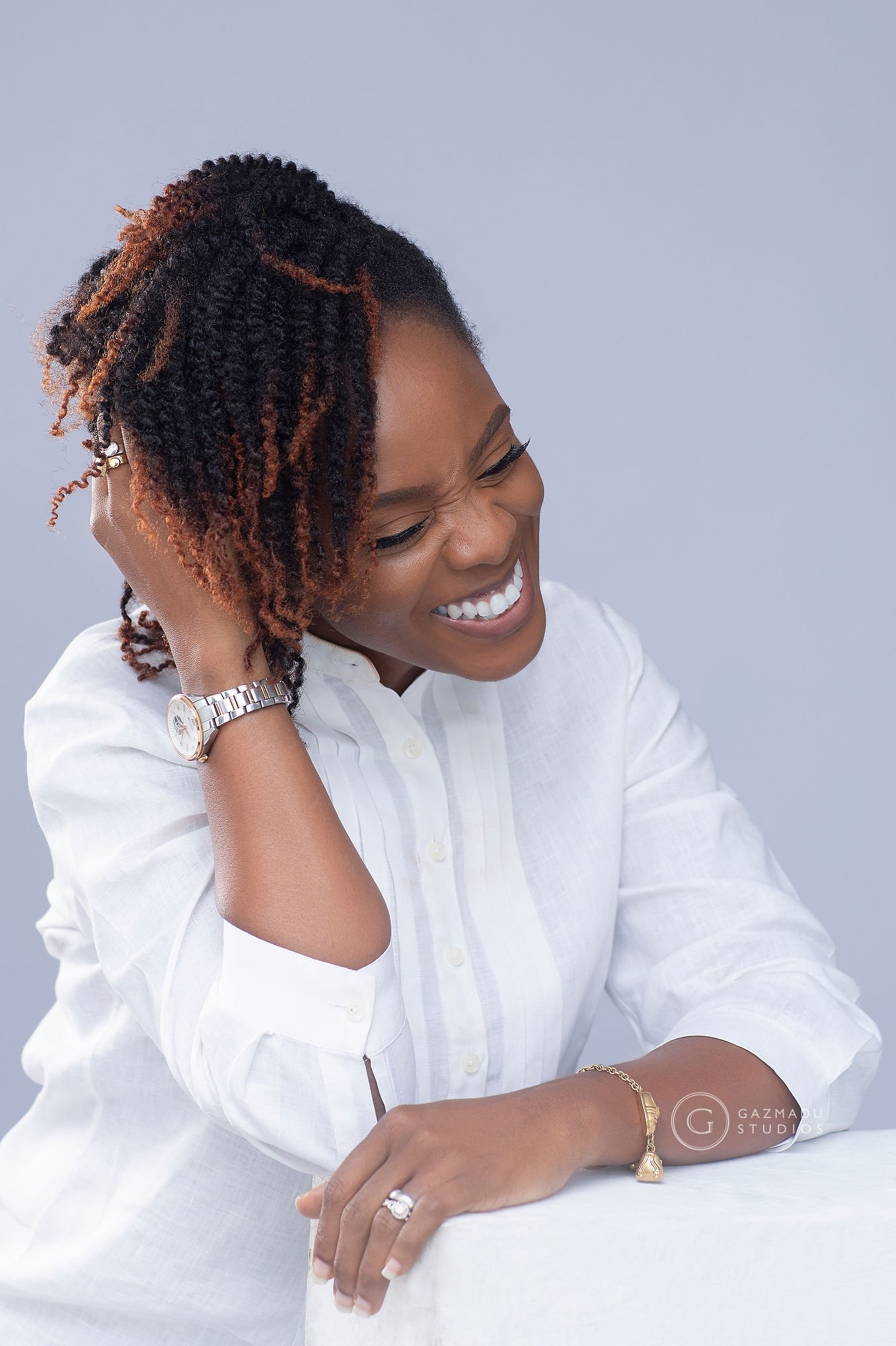 You were real in this book. You admitted that your journey to marriage was less than perfect which is something a lot of women can relate to and you made me see that God's grace is not for perfection, it is for the person we are meant to be. I love how you wove stories of your own experience/mistakes and the experience of others into the book to be able to drive the point across. I also like how the style of the book is like a friend chatting to another friend. 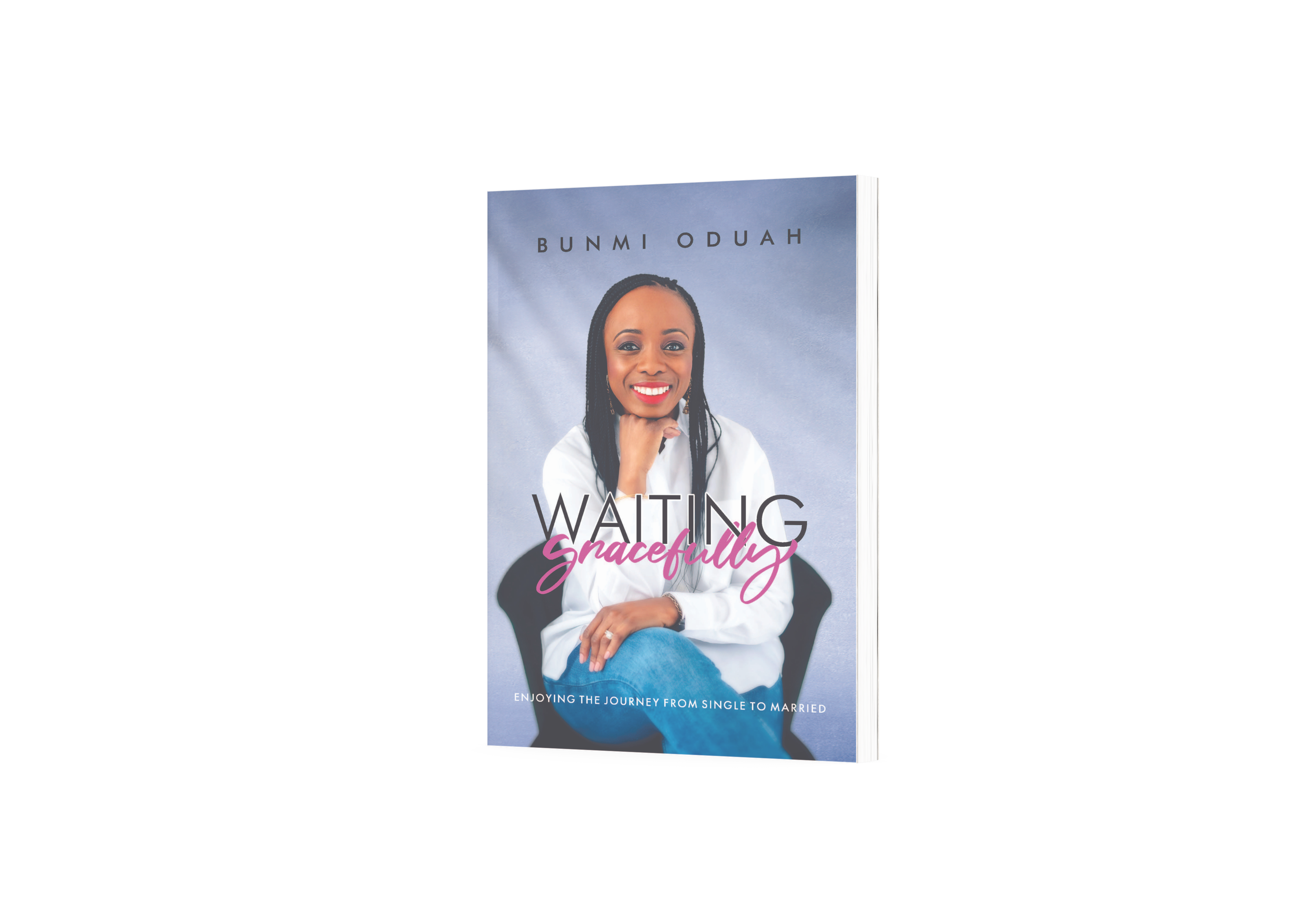 Bunmi had grand plans for herself when it came to marriage. She was convinced she would be married by 25 and have all her children by 30. After a broken engagement and more failed relationships than she cares to admit, it became clear that she needed to know more about getting married.

After finding herself single for a while and with no potential husband in sight, she finally paid attention to God who had been trying to get her attention all along. In Waiting Gracefully, she takes you through the twists and turns of the journey from being single to arriving at her final destination.

No area is off limits in this detailed guide for single women who desire marriage but would love to enjoy their time of singleness as well. From sex to heartbreak, limiting beliefs to preparing for marriage, Bunmi lays it all out for you so that you can say when you get married, “I waited gracefully, the way God intended.”

Three things you will get in this book

All the experiences shared in this book have been written so that you know that you are not alone or weird. Someone else has walked in your shoes and knows how you feel.

This book plugs the gap between theory and reality. Every word has been written so you can take the right steps and actions in this single season.

If you have waited for a long time, hope can seem to dwindle. This book aims to restore your hope and encourage to you to keep going in this single season.

Waiting Gracefully book is a much-anticipated manual for women who are in the waiting season of their lives. I enjoyed reading it and I love how practical and relatable the entire book is.

I loved the vulnerability, authenticity, God factor and practicality. Bunmi actually poured her heart into her writing and the energy screamed, I give you the audacity to wait gracefully.

This is a very uplifting book which every Godly single lady should read. The book breaks down things in practical terms. Bunmi is very candid about her personal experience and uses very relatable examples.

I love it all...The personal stories, humour, relatability and practical tips! Waiting Gracefully bares Bunmi's heart on the posture of waiting, for anyone desiring to 'do' marriage God's way.

Bunmi Oduah is a relationship expert and teacher who is passionate about helping women find joy in being single whilst waiting to get married. After a decade-long career as an environmental regulator, she traded her personal protective equipment for jeans and pretty tops and turned to help women who wanted to get married. She has always been passionate about relationships, even writing short stories about love when she was a teenager. Today, she is helping women write their love stories. When she isn’t teaching about waiting for marriage and relationships in her digital programs, she can be found spending time with her husband and two children or having soul-stirring conversations with her friends. To learn more about Bunmi and working with her, visit www.bunmioduah.com

I love how detailed the content of the book is. I strongly feel a teenager can pick up this book and it will speak to them. It is not complicated, yet it is well thought out especially the anecdotes in the storyline. It is quite relatable. I could also perceive Bunmi's passion for empowering single Christian women to find themselves and wait gracefully till their purpose marriage season arrives. It is a book that will be suitable for not just Christians but people of different faiths.

are you ready to wait gracefully?

Want to order Waiting Gracefully from your preferred online bookstore?

This book is very relatable and well written. Bunmi is able to capture the minds of the reader and has a great way of presenting the book as a conversation with the reader. You feel like you're having a discussion with a close friend. Plus it is filled with wisdom and great advice.